The Franciscan Pilgrimage Experience is a cross-cultural journeying together in the spirit of Francis and Clare in order to nurture an encounter with Jesus Christ through the spirituality of place. We commit ourselves to serve as sisters and brothers, fostering conversion to a deeper Gospel life and promoting the future vitality of the Franciscan heritage.

Franciscan Pilgrimage Programs is a non-profit ministry of the Assumption BVM Province, Franciscans. During its 50 years of existence, it has guided 20,000+ pilgrims from forty-five countries on pilgrimage, facilitating the sharing of spirituality of place and the Franciscan vision of life

Since the 1970s Franciscan Pilgrimages has provided outstanding and critically acclaimed pilgrimages to those parts of the world that have shaped the faith of Christians. Our staff consists of more than fifty Franciscan and lay men and women from all the branches of the Franciscan family. Many of the pilgrimage leaders enjoy an international reputation as Franciscan scholars. Many have published. 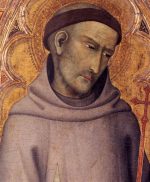 These programs offer you an opportunity to deepen your personal relationship with God through visits to the major sanctuaries associated with SS. Francis and Clare of Assisi. Your life is enriched and transformed through participation in rituals, prayers, Eucharistic celebrations, and lectures. 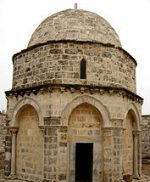 A Franciscan Pilgrimage to the Holy Land is one journey that addresses a new dimension to Christian faith.  Through an integration of prayer, reflection and relaxation, you will feel a spiritual awakening touch your hearts. As you follow in the footsteps of Christ, you will see the stories of the Bible come to life. 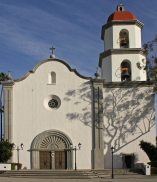 Many visit the California missions; few do so from the stance of a pilgrim with faith, prayer and Franciscan spirituality. Led by well-trained Franciscan and historical guides, you will journey through the missions as the mystery and meaning of each place is explored. 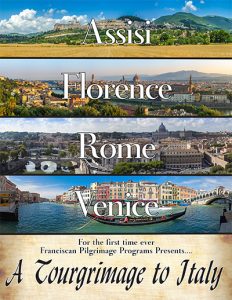 When on pilgrimage have you ever thought about seeing other parts of Italy such as Florence or Venice? If you answer is yes, we have a pilgrimage for you! Next year kicks off our brand new TOURgrimage experience! On this trip you will get to take in the things you would see on a normal pilgrimage but with the added sights, sounds, and tastes of the tourist portions of the country. Sound interesting? Click here for more information!

If you are already looking to next year for overseas travel, why not make it a pilgrimage? You can book your 2023 pilgrimage by CLICKING HERE. 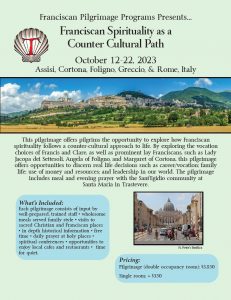 This NEW pilgrimage offers pilgrims the opportunity to explore how Franciscan spirituality follows a counter-cultural approach to life. Click the image above to view the program’s brochure, or CLICK HERE to view more information and register online. 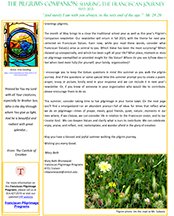 For more information or to sign up, call the Pilgrimage Communications Office at 414-427-0570. 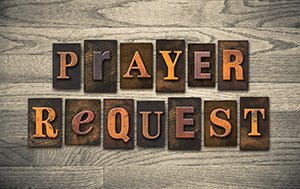 Send in your prayer request so that we can pray for you and your intentions.  Click here to access the form.

Don’t wait to the last minute to locate your passport. This should be the first thing to check upon registering for a pilgrimage. If you need to apply for a new passport, or renew your current one, the Post Office is the place to go. MORE 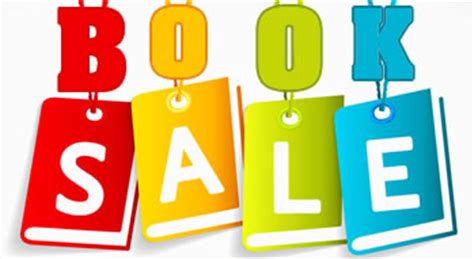 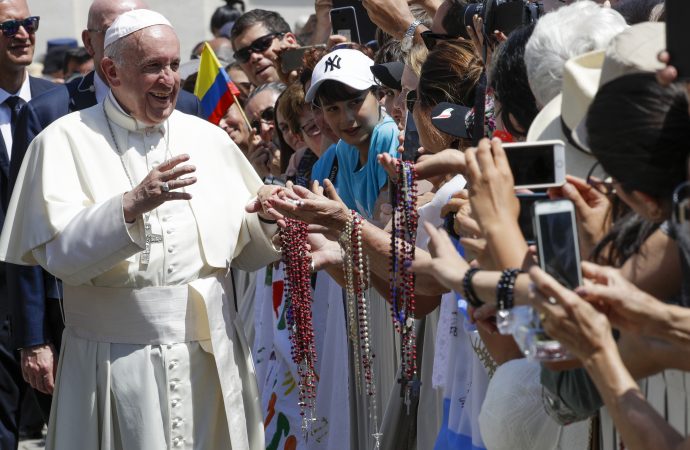 Tips for Papal Wednesdays on Pilgrimage

Read an awesome article written by a Roman about the Papal Wednesdays.  He gives some helpful tips about how to approach your time in St. Peters Square. Click here to read it. 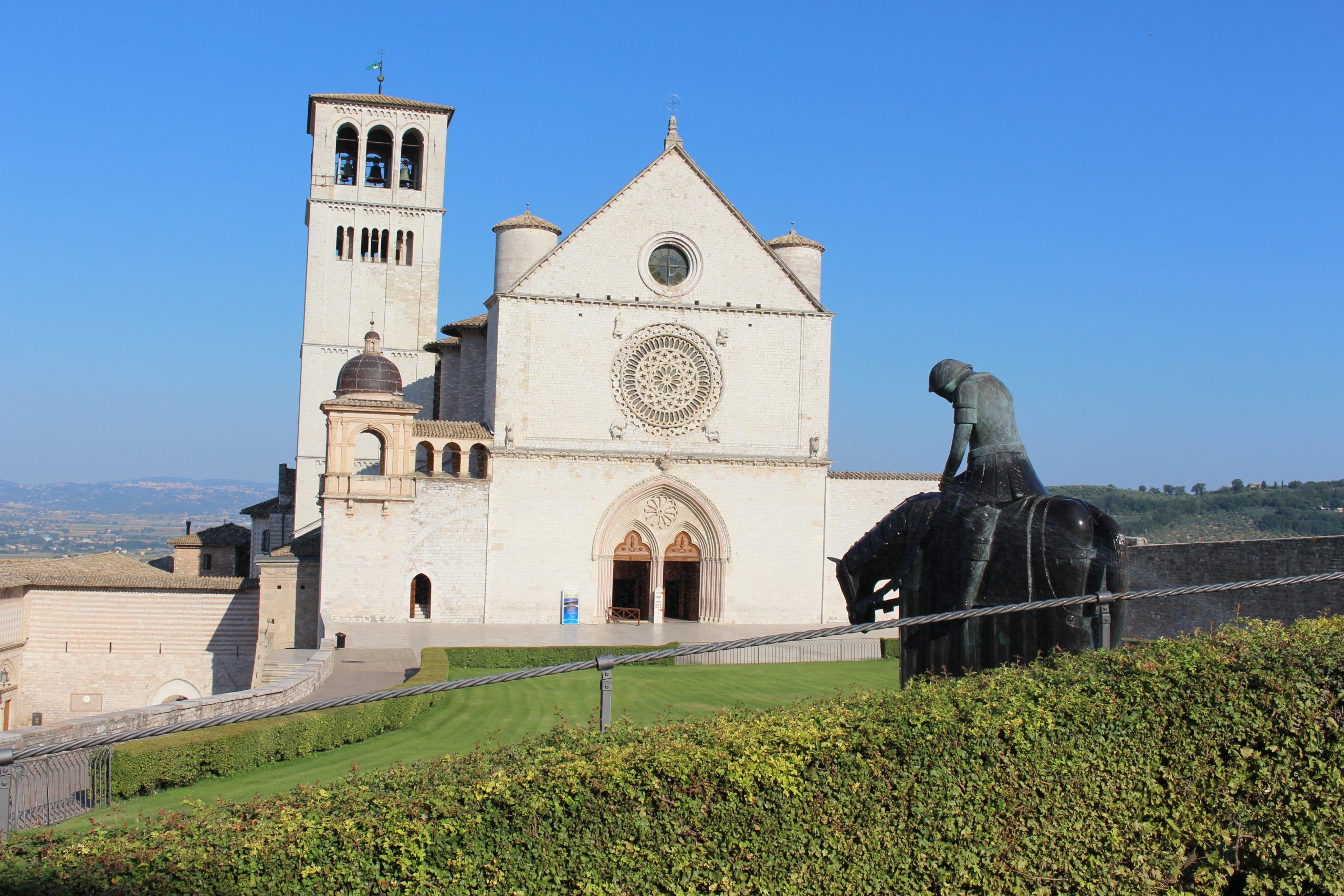 Tour the Basilica of St. Francis from home!

Have you ever wanted to take a tour of the Basilica of St. Francis of Assisi by yourself? No pressure to keep moving along because there are so many things to see, no crowds to fight through, and no entrance fee to one of the most beautiful churches on the earth. Well, the link below allows you to take a virtual tour of the Basilica frame by frame so there won’t be an inch you won’t be able to stop and examine. Enjoy! Your tour starts by, clicking here. 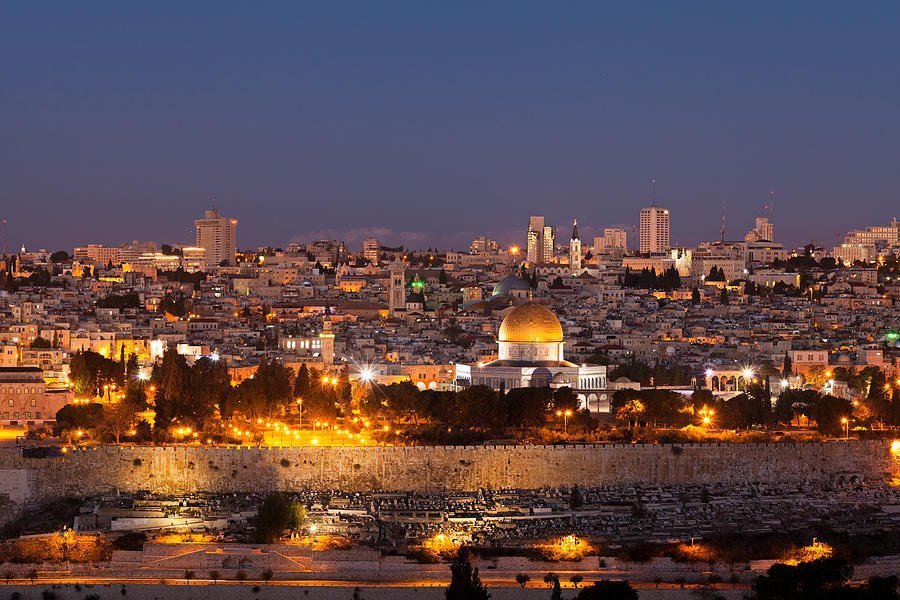 Read an article published in the National Catholic Reporter by Fr. Dan Horan.  He talks about the importance of pilgrimage in our lives.  Read it by clicking here!

We do not wish to discourage anyone from participating in our uplifiting pilgrimages, but we should note that, unlike the United States, Rome, Assisi and the Holy Land are not as sensitive to the barrier free needs of people. Italy has “charming” cobble stone streets and uneven sidewalks. This 12 second video provides a visual of the condition of “normal” streets in Italy. View on YouTube

Recently Pope Francis released his latest encyclical called Fratelli Tutti. Some of the most respected scholars in the Franciscan world developed a study guide that would help us to understand the document better. Click Here to reach each summary of his eight chapters.

We have received many poetry and song submissions over the years.  They have now been made available to you.  Click here Pilgrim Poetry and Songs to read the wonderful moving words that have come from those who have experienced pilgrimage. 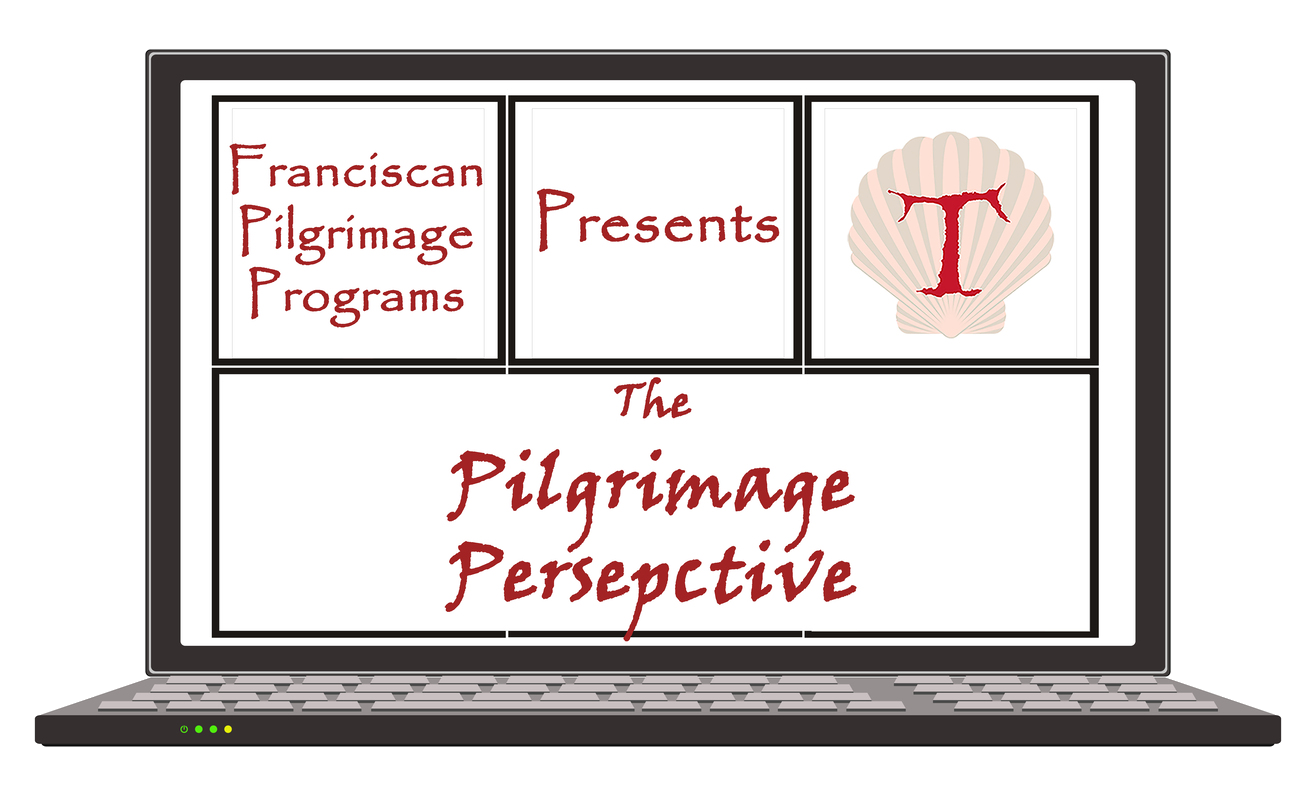 Take a look at our latest episodes of the Pilgrimage Perspective vidcast!  We talk with our wonder leaders about topics related to pilgrimages, Ss. Francis and Clare of Assisi, and much more!  Click here for the full list of episodes!

Your parish may be planning special events to commemorate the anniversary of its establishment. Please consider a pilgrimage to the Holy Land as part of this celebration.Franciscan Pilgrimages will help with the elements of publicity, organization, travel arrangements, housing, and, most importantly, with the content of the pilgrimage.  MORE 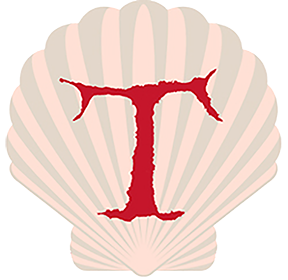 The Franciscan Pilgrimage Experience is a cross-cultural journeying together in the spirit of Francis and Clare in order to nurture an encounter with Jesus Christ through the spirituality of place. We commit ourselves to serve as sisters and brothers, fostering conversion to a deeper Gospel life and promoting the future vitality of the Franciscan heritage.

Franciscan Pilgrimage Programs is a non-profit ministry of the Assumption BVM Province, Franciscans. During its 45 years of existence, it has guided 20,000+ pilgrims from forty-five countries on pilgrimage, facilitating the sharing of spirituality of place and the Franciscan vision of life

Since the 1970s Franciscan Pilgrimages has provided outstanding and critically acclaimed pilgrimages to those parts of the world that have shaped the faith of Christians. Our staff consists of more than fifty Franciscan and lay men and women from all the branches of the Franciscan family. Many of the pilgrimage leaders enjoy an international reputation as Franciscan scholars. Many have published.

Our logo, the scallop shell and Tau Cross has its origin prior to the middle ages. The Scallop shell was recognized as the symbol of Christian pilgrimage. To this day pilgrims are acknowledged simply by wearing the shell around their neck. One of its purposes was to scoop water from rivers and streams to quench thirst.

The Tau Cross was used by St. Francis as his signature. Wearing the Tau is a declaration of commitment to on-going conversion which was at the core of Francis’ spirituality.

For the Pilgrimage Staff:

How We Can Help

Office Open from 8:00 am to 4:00 pm CT, Monday through Friday.
If we are all occupied, you’ll get voice mail. Christian holy days and civil holidays are generally “off days”.

General Questions can be sent to InfoFPP@thefranciscans.net

Jenell started in the FFP Office in September of 2019. She graduated from Drake University in Des Moines, IA with a degree in Radio/TV Production/Communications and her professional background includes time as an elementary teacher and 22 years as a legal videographer in the Milwaukee area.  She is a member of St. Leonard parish in Muskego where she loves to sing in the choir and lend an occasional hand to the Religious Education program. Jenell and her husband, Bob, have two children, ages 14 and 12, and spend free time taking motorcycle trips as well as vacations with the kids.

Nancy Celaschi, OSF, is a member of the Rome-based School Sisters of St. Francis. A graduate of the Franciscan Institute at St. Bonaventure University, Nancy has lived for more than twenty years in Rome, where she now serves as general councilor and general secretary of her congregation.

Sister Nancy has published several articles and numerous translations of Franciscan works. A former staff member of the English edition of L’Osservatore Romano, she also served as Secretary General of the International Conference of the Brothers and Sisters of the Third Order Regular of St. Francis (IFC-TOR) and was the first director of its Spirit and Life Department. In that capacity she founded the Itinerant School of Third Order Regular Franciscan Spirituality and the conference’s bulletin, Propositum.

She brings to the pilgrimage program a fluency in Italian and other European languages, a deep knowledge of and appreciation for Italian culture and a familiarity with Franciscan places throughout Italy.

John was born in Philadelphia, Pennsylvania. He was trained at Archbishop Ryan High School (staffed by the Franciscans of the Assumption BVM Province), Marquette University, LaSalle University, Aquinas Institute, Catholic University of America and the Pontifico Atheo Antonianum (Rome). He holds advanced degrees in Business Administration, Theology and Canon Law. He made solemn vows in 1977 and was ordained to the priesthood in 1978. John has taught at Christ the King Seminary (East Aurora, NY), St. Bonaventure University (Alleghany, NY) and Mundelein Seminary (Chicago, IL); he was Vicar for Religious in Chicago; he was the Director of Development for the Franciscan Order in Rome, and served on various Archdiocesan Tribunals over the years. John is currently the Treasurer of the Assumption Province. He assumed the duties of Director of Franciscan Pilgrimages in January of 2005.